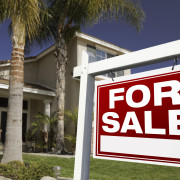 Rising home prices and a strong U.S. dollar are crushing demand from international home buyers, according to the National Association of REALTORS®.

Just last year, housing experts predicted foreign investors would flood the U.S. housing market, finding it as a safe haven for their money amidst a shaky global economy. But now, foreign buyers are showing some retreat from U.S. housing markets as prices rise sharply – particularly in hot markets for foreign buyers like New York and San Francisco. Amid those price increases, the properties are becoming even less affordable to these international buyers as the U.S. dollar strengthens.

For example, in January, the median price of an existing U.S. home surged 67 percent year-over-year for a home buyer from Brazil (taking into account the exchange rate), according to NAR data. For home shoppers from Canada, home prices are up 27 percent and by 14 percent for Chinese home buyers wanting to buy in the U.S.

That said, Chinese home buyers have had a big presence on the U.S. housing market in recent years and some housing analysts don’t believe they’ll retreat from U.S. real estate. Last June, NAR reported that Chinese home buyers had surpassed Canadians as the top foreign buyers of real estate in the U.S. But while China’s economy has slowed, the country is still reporting growth of more than 6 percent. Also, Chinese residents may still be looking to diversify their investments due to stock market drops there.

“Given that the U.S. currently has a housing shortage, any demand pullback helps,” Yun told The Wall Street Journal.

Millennials Returning to the Suburbs But Not Their Parent’s Suburbs.