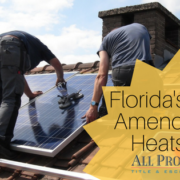 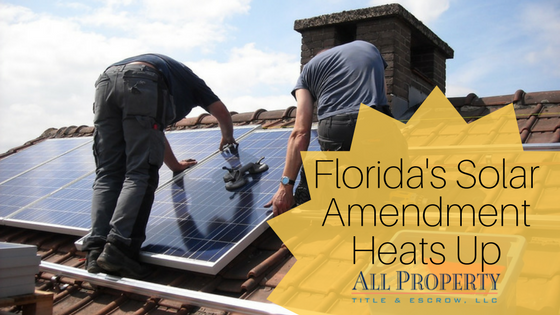 Solar energy has been attracting a lot of attention in Florida.  It’s only natural to think of harvesting solar energy in the Sunshine State. But after a contentious battle in the last election, SB 90, also known as Amendment 4, was signed into law in June by Gov. Rick Scott, bringing this idea to fruition.

This new bill removes the financial barriers and aims to boost the use of solar energy by extending renewable-energy tax breaks for residential, commercial and industrial buildings. Some things you should know for residential and commercial real estate:

Currently, businesses are taxed on solar panels but will now be exempt. New tax breaks apply to rooftop solar panels on commercial buildings installed after January 1, 2018. The tax breaks are not retroactive and exemptions will expire on December 31, 2037.

Until now, despite our abundant sunshine, Florida wasn’t a leader in solar power production. The end result of Amendment 4 will be an increase in solar energy development, additional jobs, and lower taxes for homeowners and businesses.